This article is an on-site version of our Disrupted Times newsletter. Sign up here to get the newsletter sent straight to your inbox three times a week

A borrow and hope Budget on a scale not seen since 1972.

That was the verdict of economics editor Chris Giles on UK chancellor Kwasi Kwarteng’s debt-financed package of £45bn in tax cuts and other measures which aims to shift the country from a “vicious cycle of stagnation into a virtuous cycle of growth”.

Although billed as a “mini-Budget” the chancellor’s statement was anything but. Headline measures included the scrapping of the 45p top rate of tax for earnings above £150,000 and a cut in the basic rate to 19p, alongside previously flagged moves such as lifting the cap on bankers’ bonuses and cutting stamp duty on property sales. The government yesterday confirmed it would reverse the recent rise in National Insurance contributions.

City of London institutions welcomed Kwarteng’s “love-bomb” of regulatory changes but reaction in financial markets was harsh. UK government bonds sold off sharply, with this week’s rise in long-term borrowing costs now one of the biggest on record. The pound fell to a 37-year low against the dollar, as investors took fright at the cost of the chancellor’s “radical economic gamble”.

The challenge facing Kwarteng was underlined by data ahead of his speech showing UK consumer confidence at its lowest since records began in 1974 and PMI survey data highlighting manufacturing and services activity at a 20-month low.

These were preceded by new Bank of England projections yesterday showing GDP falling 0.1 per cent in the third quarter, fuelling fears the economy was heading for recession, as it raised interest rates by 0.5 percentage points to 2.25 per cent — the highest level since the financial crisis in 2008.

Also unclear is how the measures will be welcomed by the public, which, according to new survey data yesterday, support increasing taxes and welfare spending, with strong support for redistribution to benefit the less well-off.

Chief economics commentator Martin Wolf is one of the sceptics, arguing that “the idea that further tax cuts and deregulation (such as lifting the cap on bankers’ bonuses) will transform this [economic] performance is a fantasy”.

Referring to Truss and Kwarteng’s “Britannia Unchained” paean to free markets of 10 years ago, Wolf says: “Britannia is not ‘unchained’. It is instead sailing in perilous waters. Can the new captain and first mate even see the rocks that lie ahead?”

Need to know: the economy

The BoE was just one of many central banks increasing interest rates over the past few days, led by the US Federal Reserve with its third 0.75 percentage point rise in a row as Fed chief Jay Powell warned of more pain to come. There were also rate rises in South Africa, Switzerland and Norway. Turkey remains an outlier, cutting rates for the second consecutive month. Our latest Big Read asks the question: is the trend going too far and risking unnecessary economic pain?

Shrinking business activity and a falling currency is not confined to the UK. Today’s PMI reading for the eurozone showed the biggest contraction in 20 months, leading the euro to hit a fresh 20-year low against the dollar. EU consumer confidence has also hit a record low.

Latest for the UK and Europe

Liz Truss wants to settle the post-Brexit row over Northern Ireland before the 25th anniversary of the Good Friday peace deal next month. Listen to the latest Rachman Review podcast for more on the new British PM’s approach to foreign affairs, including the war in Ukraine and relations with the US and China.

Italy goes to the polls on Sunday. Here’s our Big Read on what a (likely) far-right victory could mean for Europe. FT subscribers can join our correspondents for a special briefing on September 27. Get your pass at ft.com/italianelection and submit your questions for the panellists.

The head of the International Energy Agency warned of the political dangers facing the EU as member states hurry to find solutions to the energy crisis. In the UK, the proposal to lift the moratorium on fracking for natural gas has triggered a severe backlash. In Denmark, petrochemicals group Ineos announced the development of the first oil and gasfield in years.

Hong Kong ditched its strict hotel quarantine rules for incoming travellers that have dealt a severe blow to the city’s economy for the past two years.

Tokyo intervened to support the yen for the first time in over 20 years after the Bank of Japan’s decision to stick with its ultra-loose monetary policy sent the currency diving. The BoJ is now the only central bank in the world with negative interest rates.

Pakistan should suspend international debt repayments and restructure loans following recent devastation from floods, according to a UN memo seen by the FT.

Furniture retailer Made.com has put itself up for sale after being hit by a collapse in UK consumer confidence and supply chain disruption.

The UK launched a probe into the $15bn cloud market to see if Amazon, Microsoft and Google were limiting competition and innovation. The three companies generate about 81 per cent of market revenues.

Crippling energy price rises could lead to “deindustrialisation” in Germany, according to some business figures. The latest sector to sound the alarm is the toilet paper industry.

Covid-19 infections have rebounded in England and Wales but have fallen in Scotland and Northern Ireland, complicating attempts to determine the disease’s grip on the UK.

Chief US medical adviser Anthony Fauci told the FT that the demonisation of Covid-19 jabs could harm childhood immunisation programmes and lead to outbreaks of disease.

Denmark’s non-profit Novo Nordisk Foundation is to spend $200mn developing what it says will be the first practical quantum computer for life sciences research. Applications range from creating new medicines to finding links between genes, environment and disease.

And finally, a reminder that disruption from the war in Ukraine extends beyond planet Earth. Russia’s threat to quit the International Space Station has put extra impetus behind efforts from other countries to find a replacement for the ageing structure. Check out our Big Read (and its top notch graphics).

Get the latest worldwide picture with our vaccine tracker

Ospreys, almost wiped out locally by hunters many years ago to protect salmon and trout stocks, are now breeding successfully in several parts of the UK.

The Climate Graphic: Explained — Understanding the most important climate data of the week. Sign up here

Thanks for reading Disrupted Times. If this newsletter has been forwarded to you, please sign up here to receive future issues. And please share your feedback with us at disruptedtimes. Thank you

Shakur is paving his way to stardom -- at 135 pounds 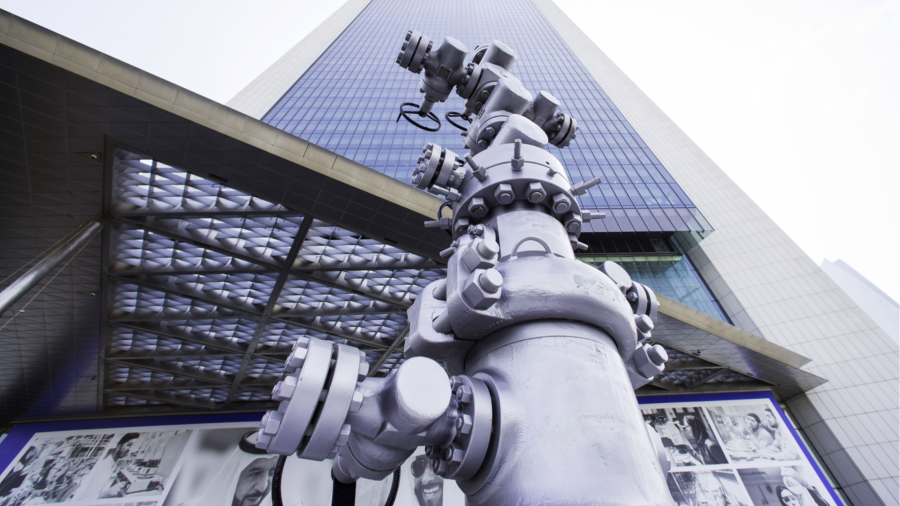 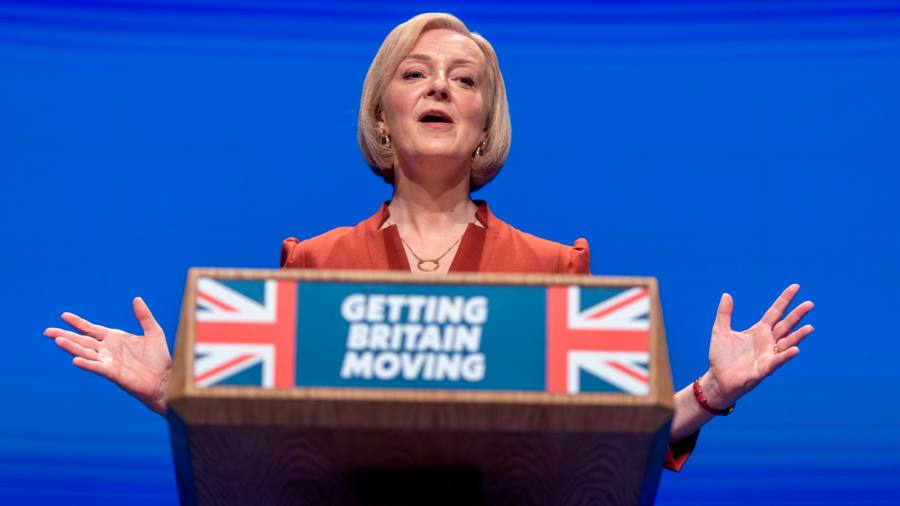 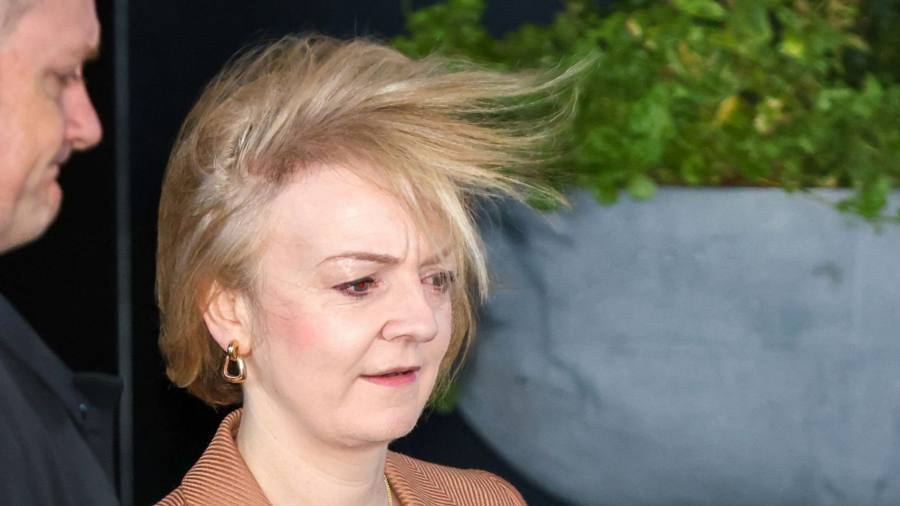 Tories weigh sacrificing their leader to save their future 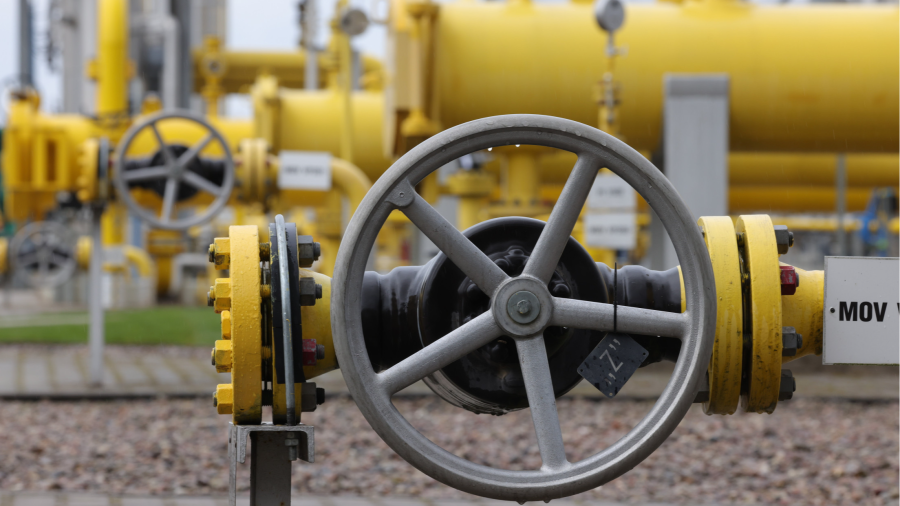