Air fryers are among the newest and most popular types of countertop appliances. But does an air fryer deserve a spot on your kitchen counter? If you’re thinking about buying one, we’ve got all the information you need to decide.

If you’d like to see some buying options, check out our round-up of the best air fryers we’ve reviewed.

What do air fryers do?

In some ways, the name is misleading. Air fryers don’t actually fry food at all. Instead, they cook using convection heating: circulating hot air around food. This gives a crispy, crunchy coating without the need to deep fry. It’s like cooking using the fan-assisted setting on your ordinary oven, but in a more compact form.

Look at air fried food and you’ll see evidence of the Maillard reaction at work. That’s the chemical effect produced between amino acids and reducing sugars that browns food and gives it a distinctive taste. In other words, an air fryer will provide the taste and texture of fried or roasted food, without you having to immerse your dinner in oil.

Are air fryers a healthier way to cook?

It really depends on what you’re comparing them against.

If you’re going to use your air fryer to cook items like oven-ready, batter-coated or crumb-coated fish, chicken nuggets or oven chips, they won’t make the items any healthier than cooking them in the oven.

But, if you were planning to deep- or shallow-fry food, you’ll save yourself a big calorie hit.

Deep fryers can use up to 50 times more oil than an air fryer. And although your food will only absorb a relatively small proportion of that oil, deep frying is still the most calorie-dense way to cook.

Frying food also produces acrylamide, a compound linked to cancer development. Air-frying may help to lower the amount of acrylamide in the food you cook. However, it won’t affect the formation of other harmful compounds associated with cooking foods at very high temperatures.

You’ll still also need to use some oil if you’re cooking fresh food, although it’ll only be between a teaspoon and a tablespoon if you’re making food from scratch. Pre-prepared items such as oven chips and nuggets won’t need added oil.

How does air frying compare with oven cooking?

Another advantage is that air fryers get extremely hot very quickly, and the circulating air means that food will get perfectly browned all over. This means you’ll be able to cut your cooking time and up the crunchiness in the finished product. It also makes it easier to cook things like sweet potato fries, which can go limp in an oven.

An air fryer will be faster than oven cooking. Because of the quicker cooking time and the smaller size of an air fryer compared to your oven, it’s more energy efficient. This means that it’s a more environmentally-friendly cooking option and one that’ll save you money in the long run. It’s a good cooking appliance to use if you want to minimise electricity bills.

Like oven cooking, you’ll still need to keep an eye on your air frying food and probably turn it over once during the cooking process.

How does air frying compare with deep frying?

Although it’s much faster than baking in an oven, air frying will take twice as long as deep frying. On the plus side, it’s much easier to clean up afterwards and the appliance will contain the smell of fried food, so it won’t linger around your home the way pan- or deep-fried food does.

What can you cook in an air fryer?

The obvious items are chicken, chips, frozen burgers, plus other frozen food like nuggets and fish fingers.

Fresh fish, including salmon, can also be air fried. So can bacon. Most meat dishes can be prepared in an air fryer, although you’ll have to cut down your cooking time and change the temperature. You can roast potatoes and other vegetables as well.

You can also use it in more inventive ways, for example to make homemade crisps, toasted seeds and nuts.

If you get a compatible pan, you can cook some baked goods, including cookies, cakes and desserts. They will be done more quickly, using much less power than the oven.

Finally, it can be used to heat up leftovers.

What can’t you cook in an air fryer?

You won’t be able to fry items in a wet, homemade batter, although if you adjust your recipe, you can fry items in a homemade breadcrumb mix. Cheesy items (apart from perhaps frozen mozzarella sticks and the like) should also be avoided. Batter and cheese will just melt into a gloopy mess under the tray in your air fryer.

There are better ways to cook broccoli and similar vegetables, which can dry out or wind up soggy. Leafy veg can be blown around and may not cook evenly.

Dry food coated in seasoning will end up losing its seasoning as it cooks.

And if you like a rare burger or steak, forget it. By the time the outside has browned, the inside of the meat will be well done.

That being said, there are recipes for all kinds of air-fried foods, including some of the above, so technique is important and you may just have to experiment to see what works for you.

How do you clean an air fryer?

Air fryers are easy to clean and should be cleaned properly after each use. The pan, tray and basket can be washed in warm water and washing-up liquid or (most) can go into the dishwasher. The appliance itself should be unplugged and wiped down after use.

Like other counter-top appliances, an air fryer should stand on a heatproof surface.

How large is an air fryer?

Air fryers come in different sizes, so you need to take into account both the external dimensions (do you have space for it?) and the internal space (is it large enough to contain the portion sizes you’ll most often prepare?).

One of the limitations of an air fryer is that if food is crowded inside, the cooking performance will be affected. It cooks by circulating hot air, so if the air can’t get to the food, it won’t cook properly. If you’re mulling over size options, where you have the space, we’d suggest opting for the larger model.

If you’re in the US, cooking capacity will be shown in kg or quarts. The majority of air fryers range from 3-6 QTs, although you can buy smaller appliances if you cook for one and have limited space at home. A 6QT air fryer will provide enough space to cook a whole chicken. XL air fryers can be as large as 9-10QTS, although some of the bigger ones may split their cooking space between two drawers which you can control separately.

In the UK, the internal capacity of most air fryers ranges from approximately 1.5 litres to 5.5 litres, although XL air fryers will give you almost double that space, but again, often split into two drawers. At the smaller end, you’ll be able to cook a side dish like fries for one to two people. At the larger end, you’ll be able to cook a main course for four people. You’ll need an internal capacity of 5.5-6 litres to cook an entire chicken.

In terms of counter space, bear in mind that it’ll need several inches of free space around it while it’s in operation.

Where can you buy an air fryer?

Air fryers are now available from most online retailers. Most prices cluster at around $150/£100, although you can buy them much more cheaply. At the budget end of the range, you’ll get a basic air fryer with a smaller internal capacity. At the top end of the range, you’ll get more internal space, digital controls, preset cooking programmes, plus other cooking options, such as grilling and baking.

To see some air fryer buying options and check out our recommendations, have a look at our round-up of the best air fryers we’ve tested.

For other countertop cooking options, have a look at our article on buying a slow cooker.

'The Bachelorette': Who is Logan? Age, job and Instagram 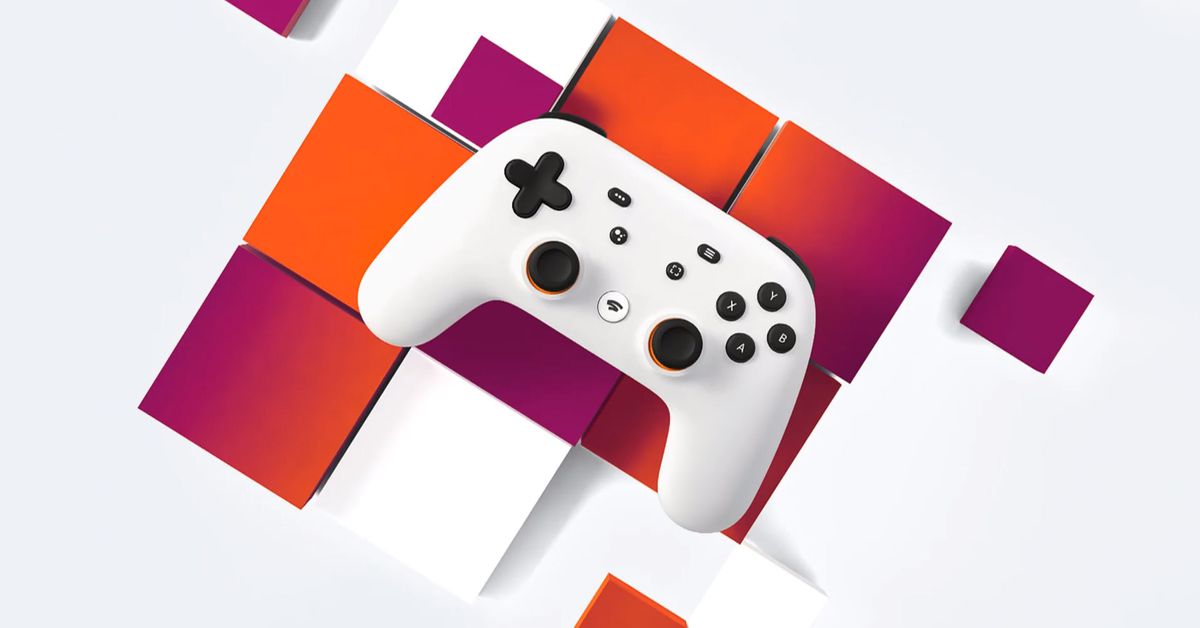 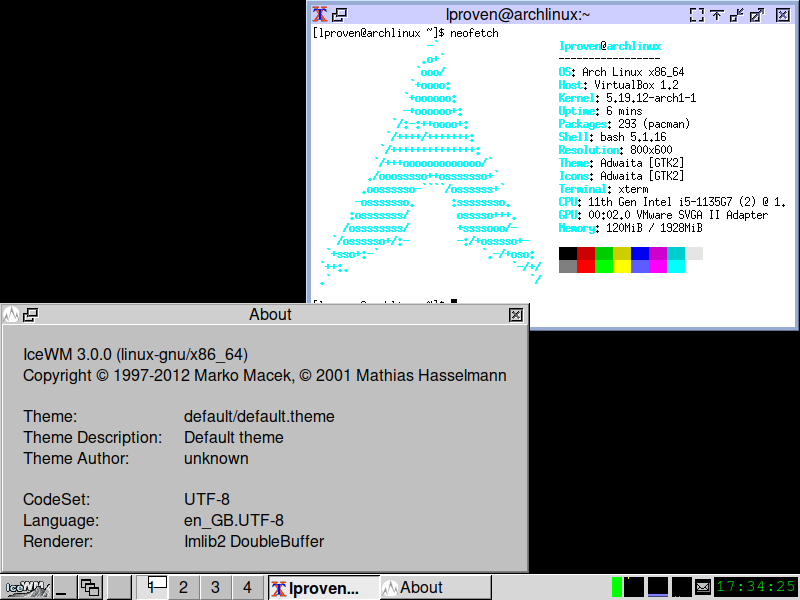